Warning: Parameter 2 to wp_hide_post_Public::query_posts_join() expected to be a reference, value given in /home/yirese5/public_html/wp-includes/class-wp-hook.php on line 287
 Sesame Chicken / General Tso's Chicken | Yi Reservation 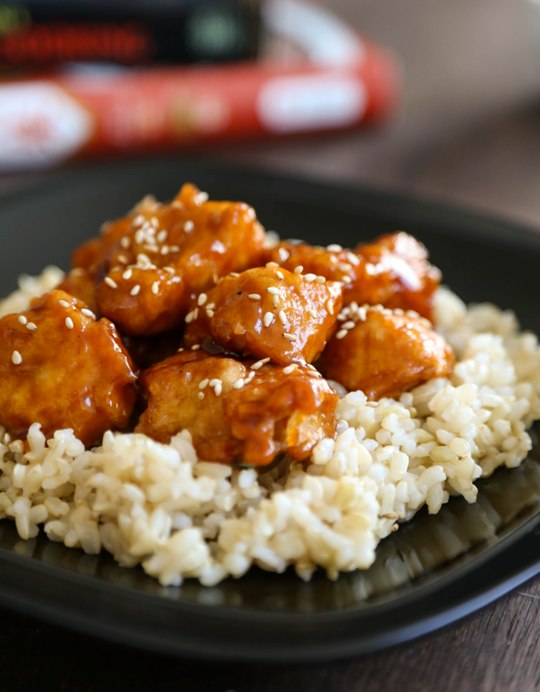 For readers who live in North America, the dish General Tso’s Chicken (左宗雞) hardly needs any introduction. This American-Chinese dish is often considered as one of tje favorite Chinese dishes in the US. 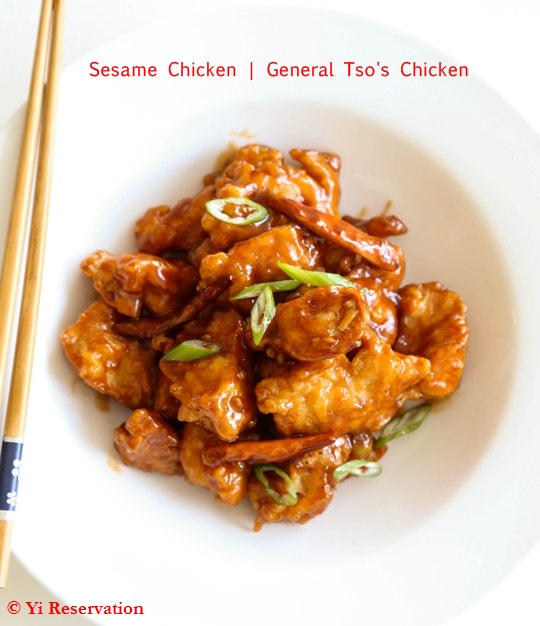 Since its inception in the 70s, General Tso’s chicken has involved into a staple of American dining and even become the synonym for Chinese food!

Need proof? Just try walking into any of the 50,000+ Chinese takeout restaurants in the US and the chances are you’ll find it on the menu!

While the origin of this dish is still up for debate, one thing we are sure is that this sweet, sour, and slightly spicy “Huannese” dish was created in the US and has remained relatively unknown in China even until now. 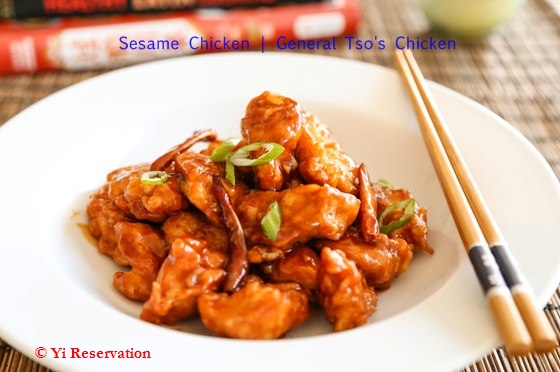 I like this dish to a certain extend. I love the combination of the crunchy texture and the sticky sauce but personally the restaurant version is a little too sweet and too greasy for my liking. So for the past few weeks I’ve been testing this homemade version of restaurant style General Tso’s Chicken! 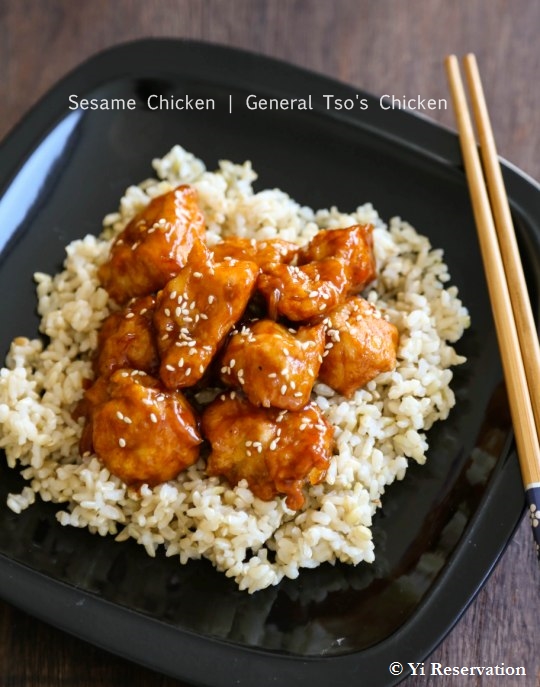 A couple of key points for you avid home-cooks to achieve that classic crunchy on the outside and tender on the inside consistency:

One last thing, if you have not been told, General Tso’s chicken is 99% identical to its cousin Sesame chicken. To make sesame chicken, just follow this recipe minus the dried chili part and sprinkle some toasted sesame seeds at the end to garnish! 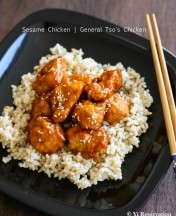 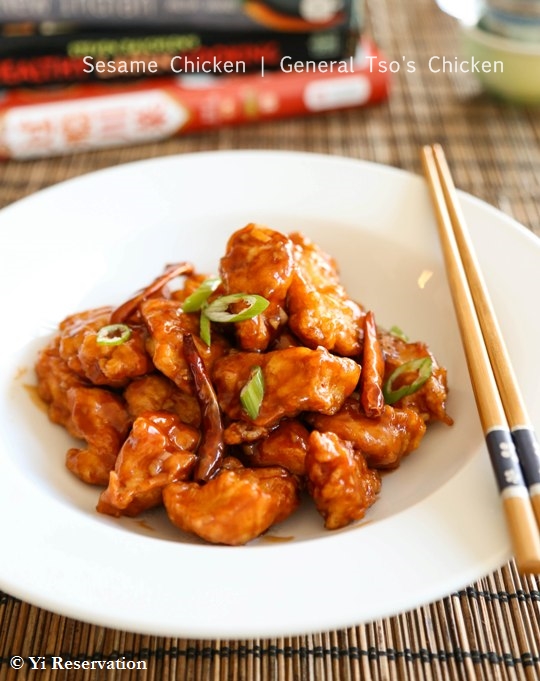