Warning: Parameter 2 to wp_hide_post_Public::query_posts_join() expected to be a reference, value given in /home/yirese5/public_html/wp-includes/class-wp-hook.php on line 287
 Braised Eggplant in Sweet Bean Sauce - Step by Step | Yi Reservation


Many ingredients featured on this site so far required a trip to a Chinese grocery store. But my friend, today this is not the case.

With eggplant’s international status you are bound to find some in most parts of the earth even with the temporary shortage currently running in North America.

In Chinese cuisine, my favorite eggplant dishes are either stewed or braised usually in some kind of sauce. When it’s done right, the eggplant would taste like a chunk of grilled meat covered in sauce – you feel the crispiness and firmness on the surface; and as you bite into it there is this warm explosion of eggplant juice and tenderness.

Despite my love for eggplant I had always avoided cooking it at home. The reason is simple. In order to achieve that steak-like firm surface and juicy soft interior, the restaurants often deep fry the eggplant (therefore soaks up a large amount of oil) before cooking it. And as you may already know that deep frying is something I try not to do too often at home unless it’s something as tempting as the Chinese Buffet Style Coconut Shrimp. 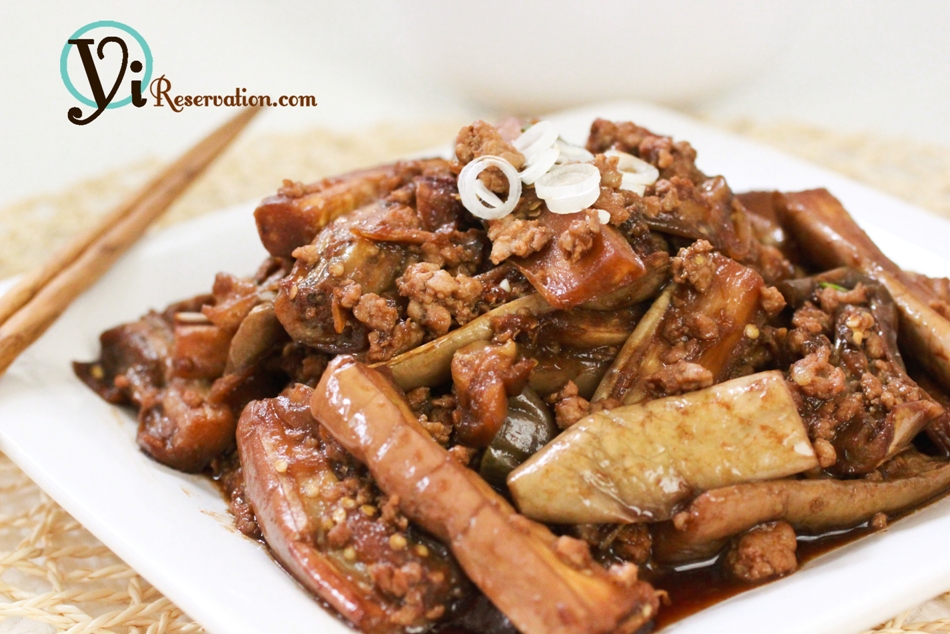 In a recent experiment, I produced the restaurant like eggplant dish without deep frying. The trick is to substitute frying with oven baking. The dish came out just as firm outside and soft inside as the deal you usually get from a Chinese restaurant.

I braised the eggplant with sweet bean paste sauce. The bean paste’s sweet and savory flavor goes very well with the eggplant. True there is some extra work involved but it’s worth it if you really want that restaurant texure without feeling guilty. 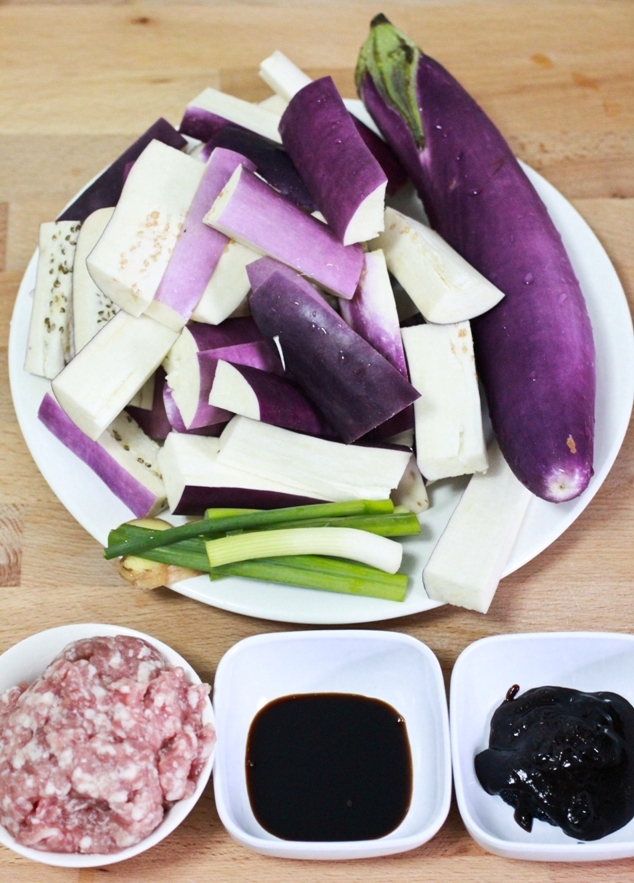 ¼ lb ground pork (or other meat of your choice) 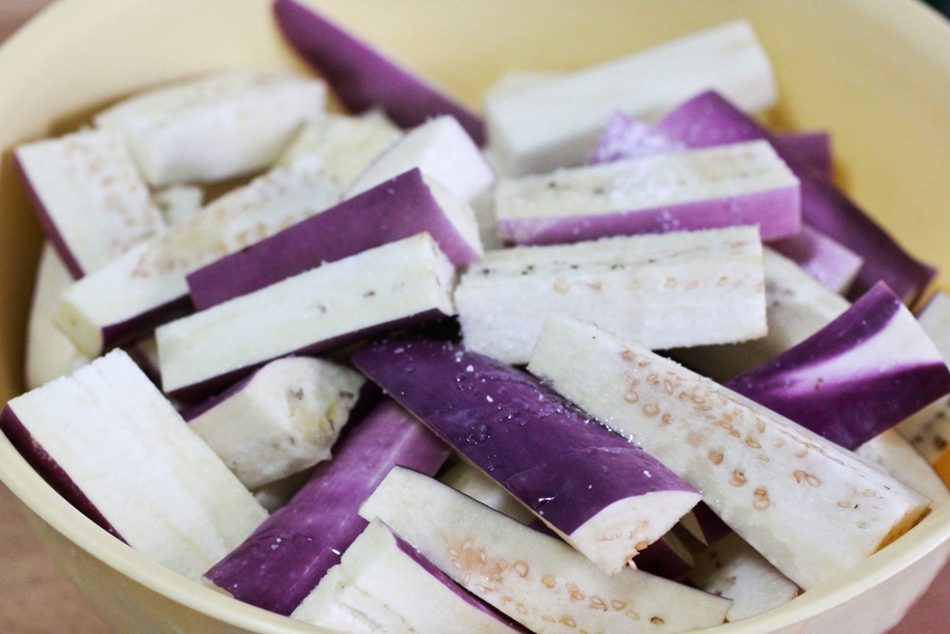 2. Pre-heat the oven to 400 F. Brush a generous layer of oil on a large baking sheet. Arrange the salted eggplant in single layer and lightly brush some oil on the eggplant surface. 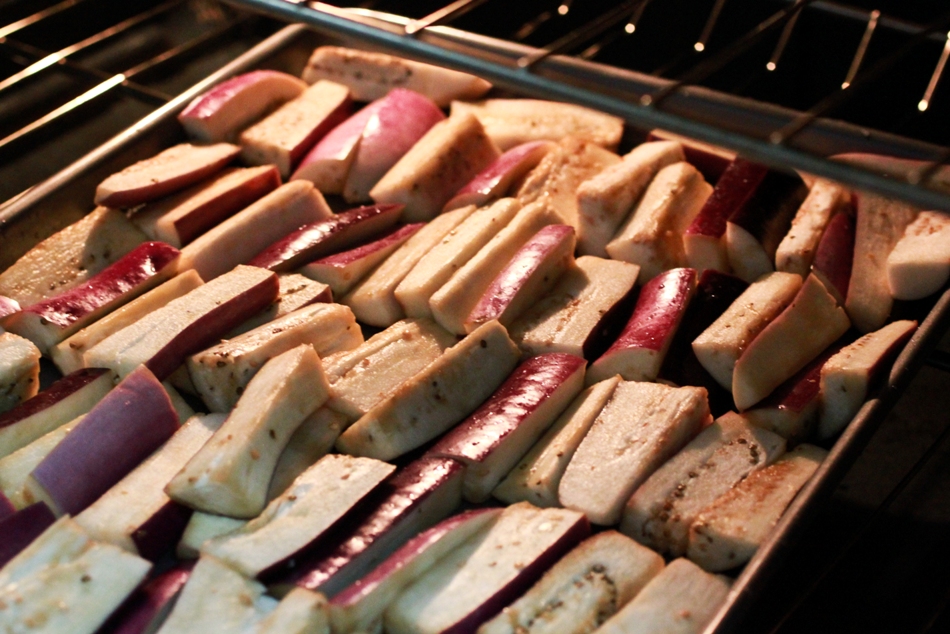 3. Bake the eggplant for 15 minutes. Check to see if the eggplant is crispy and firm outside.  Bake for additional 5 minutes if 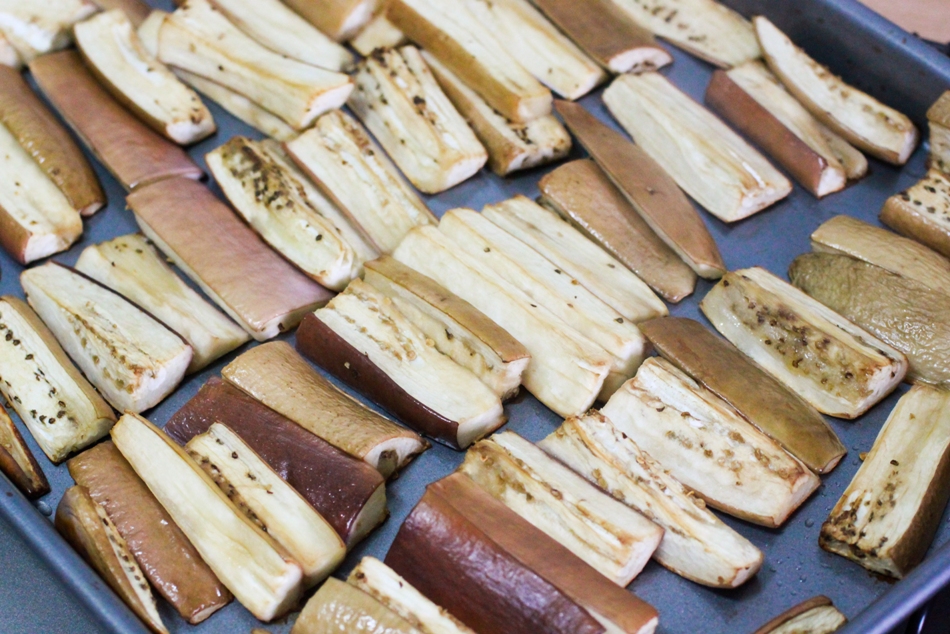 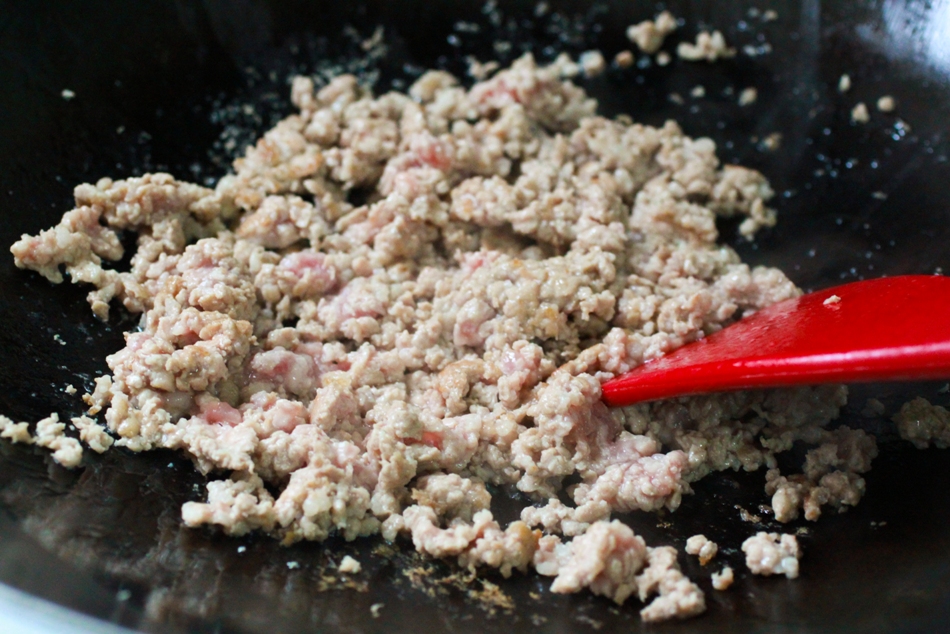 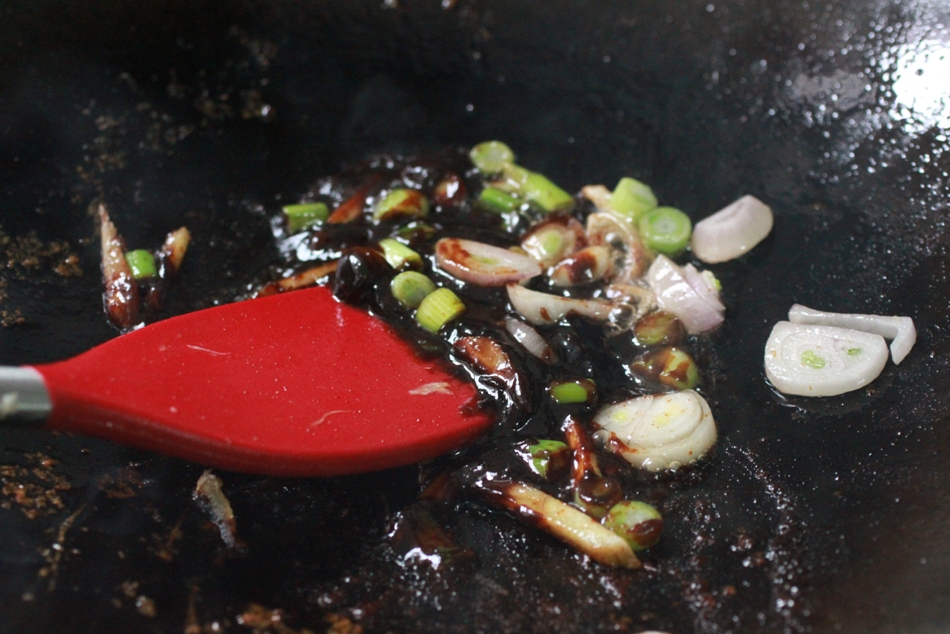 6. Add the pre-cooked meat and eggplant. Mix with the sauce gently. Cook for about 3 minutes. Add the rest of the scallion at the end. Thicken the sauce with corn starch if necessary. 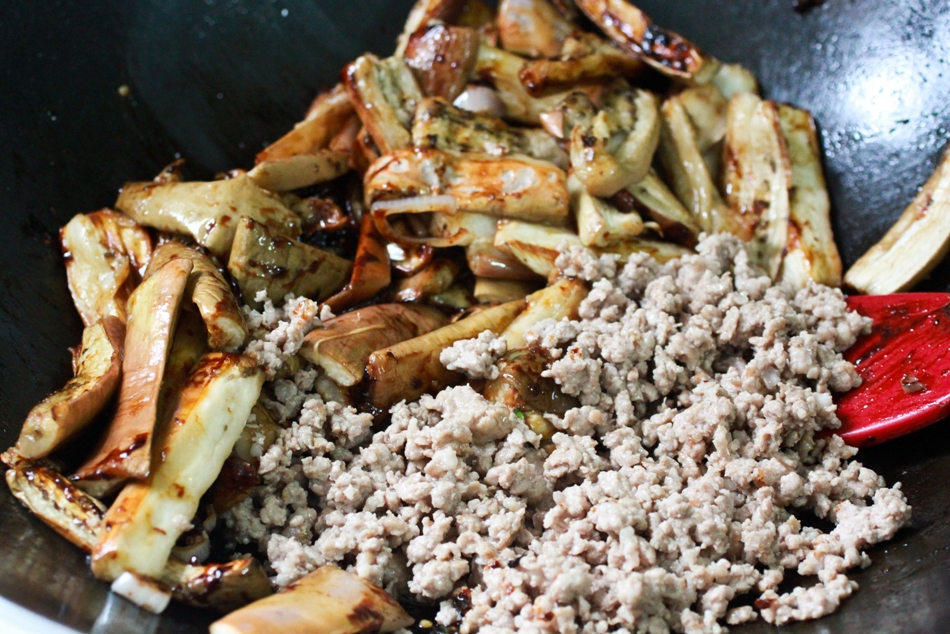 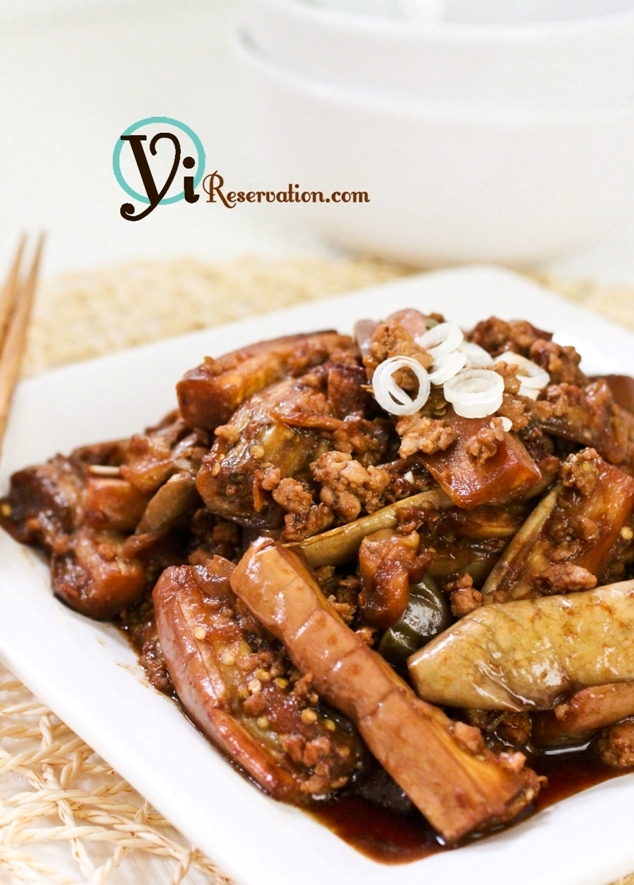